Qri works best with tabular data, and importing a CSV is the preferred method of creating a new Qri Dataset. While Qri does not have features that work specifically with spatial data, it's possible to version your spatial dataset by converting it into a CSV with a Well-known text geometry as one of its columns.

This is easily accomplished using desktop GIS software or the GDAL set of Command Line Tools.

Well-known text (WKT) is a text markup language for representing vector geometry objects on a map. For example, the Well-known Text representation of a WGS84 (latitude/longitude) point for the center of New York City is POINT (-74.0060 40.7128).

Converting a Shapefile to CSV with Well-known Text using QGIS

Start with this shapefile of U.S. State Boundaries from The U.S. Census Bureau.

After opening the shapefile in QGIS, we can use the export dialog to convert it to other formats. Right click the layer and select Export > Save Features As... 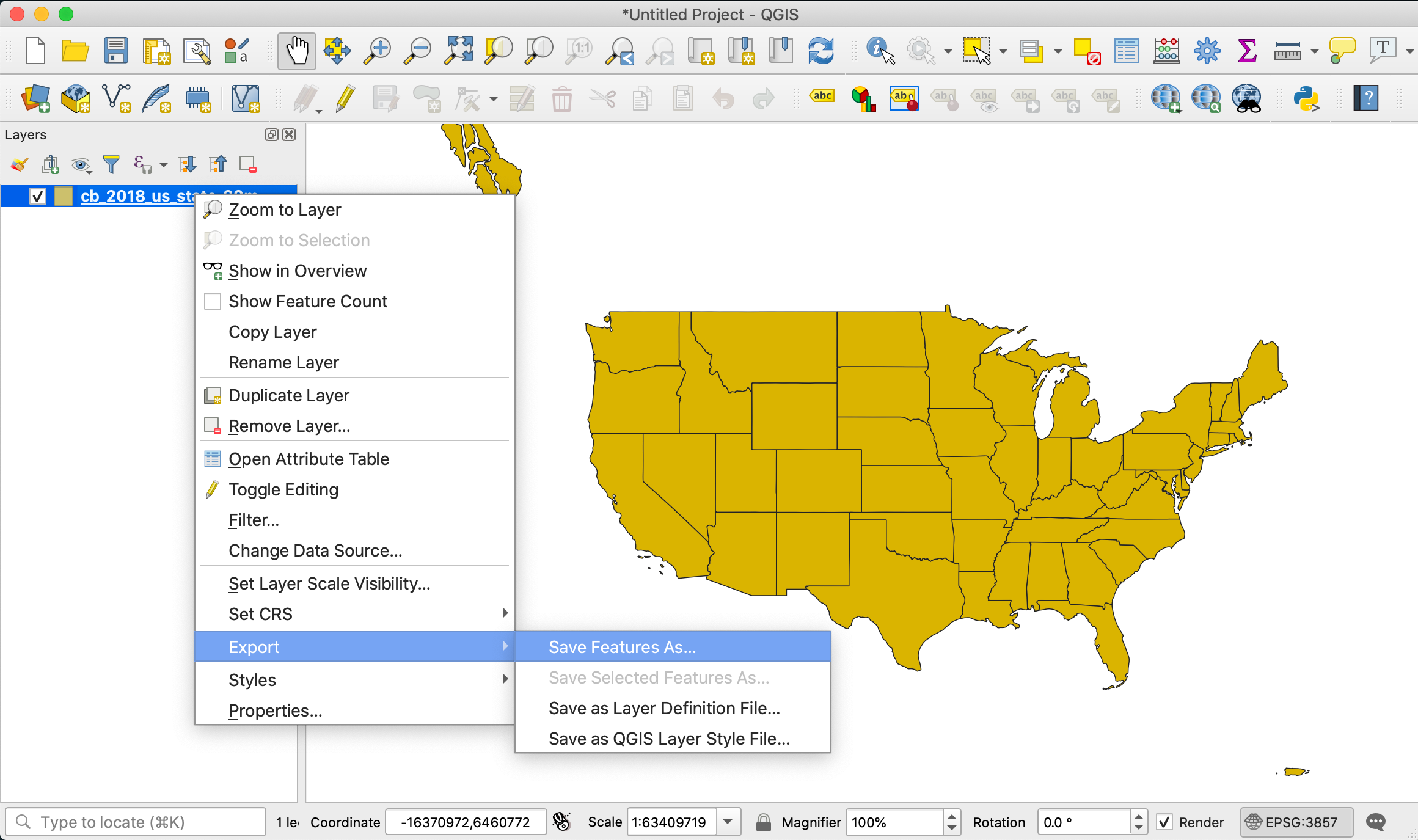 Export your shapefile to a CSV using the export dialog

Set the Format as Comma Separated Value [CSV], specify the save location, then under Layer Options make sure GEOMETRY is set to AS_WKT. 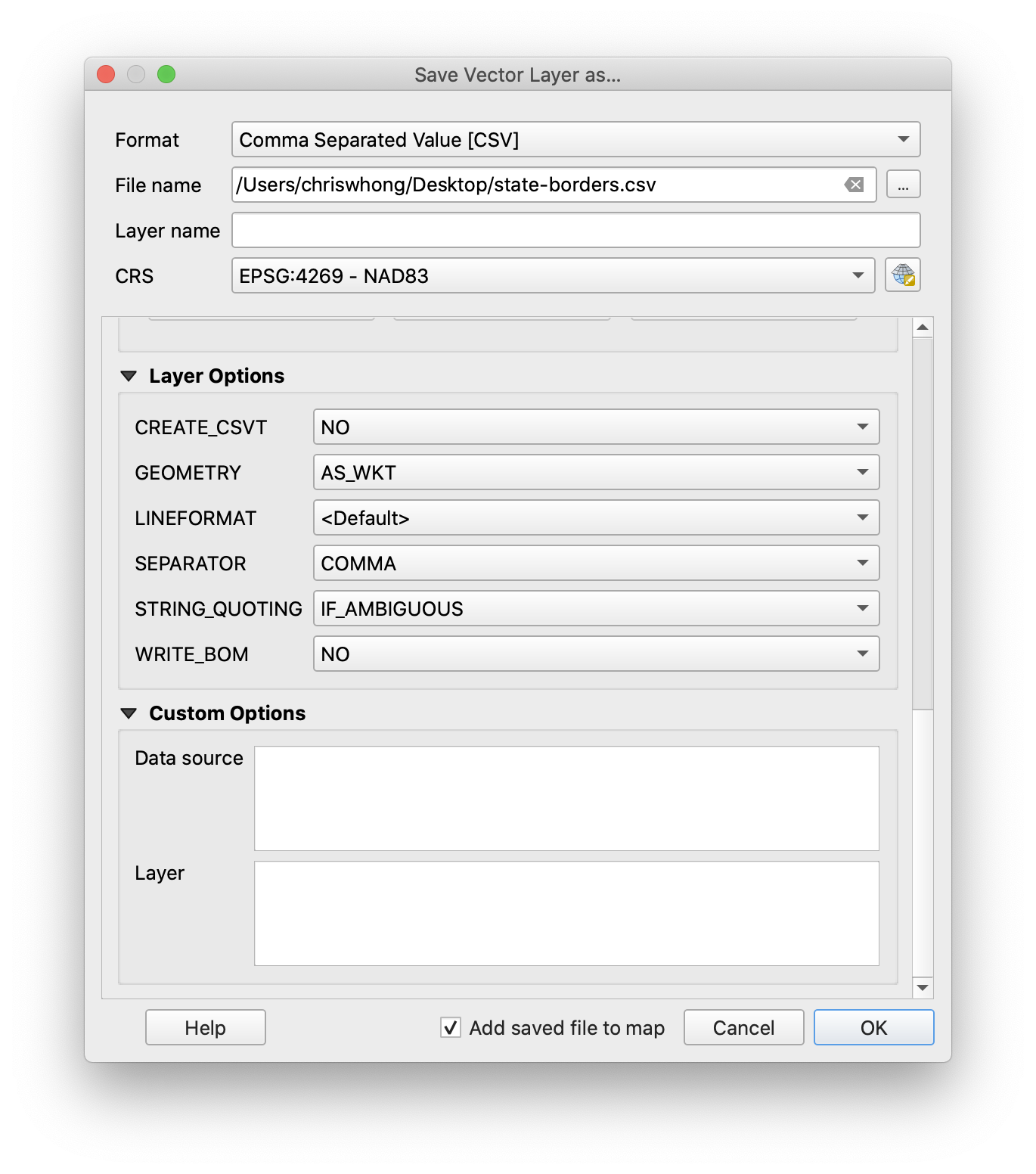 The new CSV file you created contains a column header named wkt. We recommend changing this to geom or geometry, which is easy to do in Qri Desktop by editing the dataset's structure component. (if you know of a way to change the default column name in QGIS, we'd love to hear about it)

The CSV can now be imported into Qri Desktop or Qri CLI. 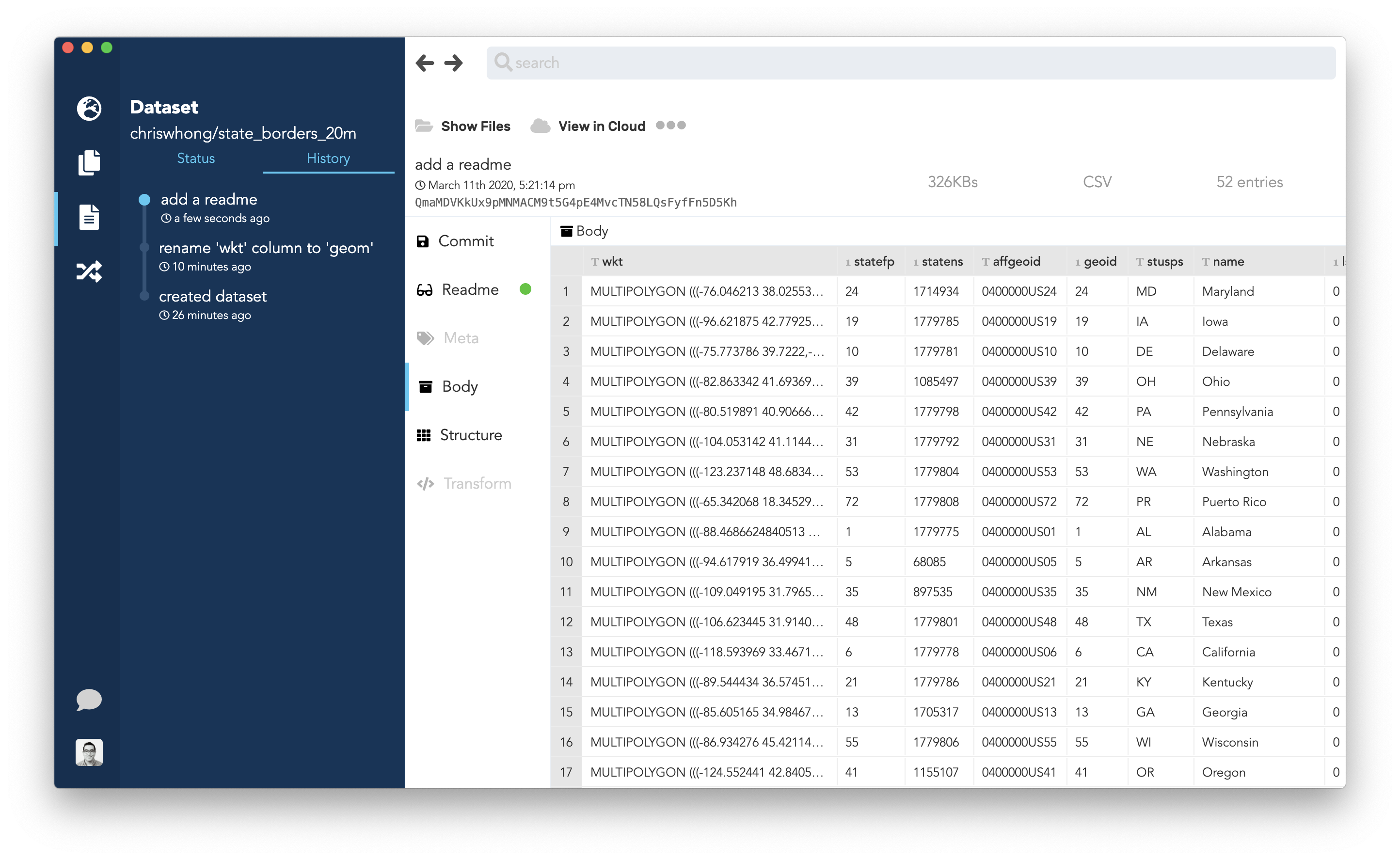 In Qri Desktop, we can see the WKT geometries in the geom column

Converting a Shapefile to CSV with Well-known Text using GDAL

You can do the same operation using GDAL's ogr2ogr command. The format for the command is:

To match our example above with the 50 states shapefile, the command would be: